What is the return – how much I get from saving in funds?

Shares are the most profitable investment in the long run. 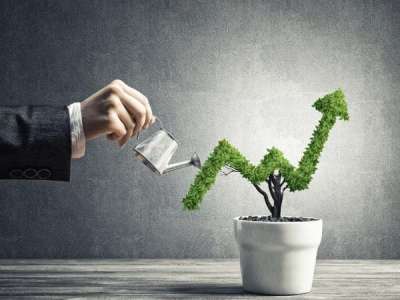 According to the results of a survey from 2015 (Future of Investors (2005), With Updates to 2015), investments in shares proved to be the investments achieving highest return: 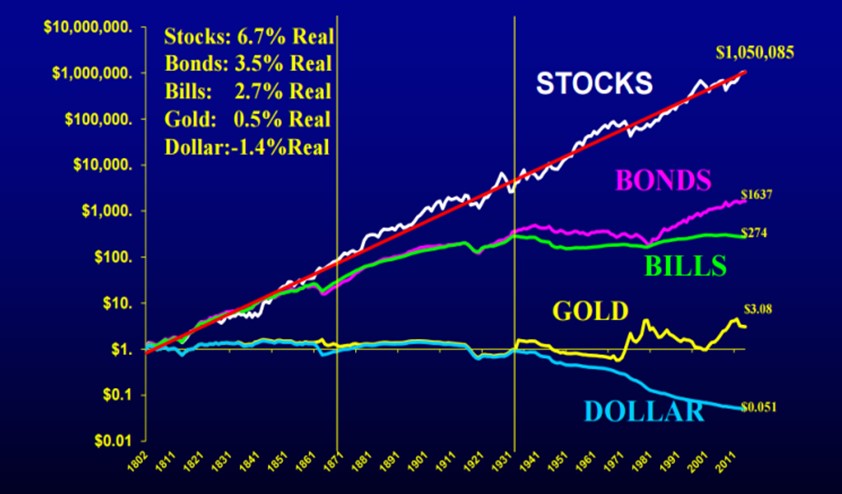 Explanations to the Figure:

Total return: all income from individual investment classes (shares, bonds, treasury bills, gold, and USD), such as realized capital gains, dividends, and interest, is immediately reinvested and re-accrued further throughout the period.

Yields on shares: Despite the huge economic, social, and political changes of the last two centuries, shares have achieved stable growth over this period, averaging 6.7% per year. From USD 1 invested in shares in 1802 (taking into account the reinvestment of all paid-out returns), by 2015 1,050,085 USD was created.

Gold: Figure 1 shows that gold only maintains its value in the long run, and in the short term even greater value drops are possible for gold than for shares. Investments in gold in the interim also do not bring any payments, as is the case for shares (dividends) or bonds and deposits (interest).

Web pages use cookies for various purposes. The basic ones are necessary for functioning of web pages. Cookies related to analytics and marketing on the other hand offer better user experience, more simple use and display of offer relevant for you. You can read more about cookies on the Cookies web page.

With these cookies you allow us to collect anonymised data on impressions of our content and we use them for the improvement of your user experience.

With these cookies you allow us to enable the functioning of plug-ins for Facebook, Google+, Twitter and other social networs , and you allow us to conduct research of your use oif our websites and of your internet browsing in general.

With such cookies, you allow advertising and social networks (third parties) to collect data in order to display more targeted ads, to limit the repeating of ads and to measure the effectiveness of advertising campaigns. Such cookies can enable tracking of your actions online and executing targeted advertising. SKB strives (same as other advertisers) to advertise high-quality and user-oriented content and we would like to inform you again about insurance products and topics for which you have already demonstrated interest. Settings of these cookies apply to ads we show via services of Facebook, Instagram, Google and others and via web applications. If you disagree with recording and storage of displays of received notifications and clicks to links in received notifications with the intention of displaying the advertising content on topics for which you have previously demonstrated interest (remarketing), the same number of ads will be displayed anyway. However, they might not be so interesting for you.